Most beautiful towns in the Málaga province

We know, Malaga is beautiful but there is more than Malaga. In the province of Andalucia / Malaga there are some uniquelly places.

In the following post you will learn something about the most beautiful towns in the Málaga province. Some of which we provide trips to, do you also want on a tour to a city in Andalucia?

If you want to join us to a trip, click here and book your adventure now!

Ronda, about 100 km west of Málaga, is a mountaintop town between the two natural parks Sierra de las Nieves and Sierra de Grazalema. It sits right at a 100 m deep ravine called “El Tajo”. El Tajo divides the city into two parts: new town (“El Mercadillo”, ca. 15th century) and old town (“La Ciudad”, dating back to the Arabs). The two most important bridges crossing the ravine are Puente Viejo and Puente Nuevo. The town has about 35 000 inhabitants. Ronda is one of Andalusias “White Towns”.

One of the town’s famous landmarks is Plaza de Toros, a 18th century bullring. Related to that, the town has historic relevance for Spain even today because in Ronda the bullfighting rules that are still used today were developed. 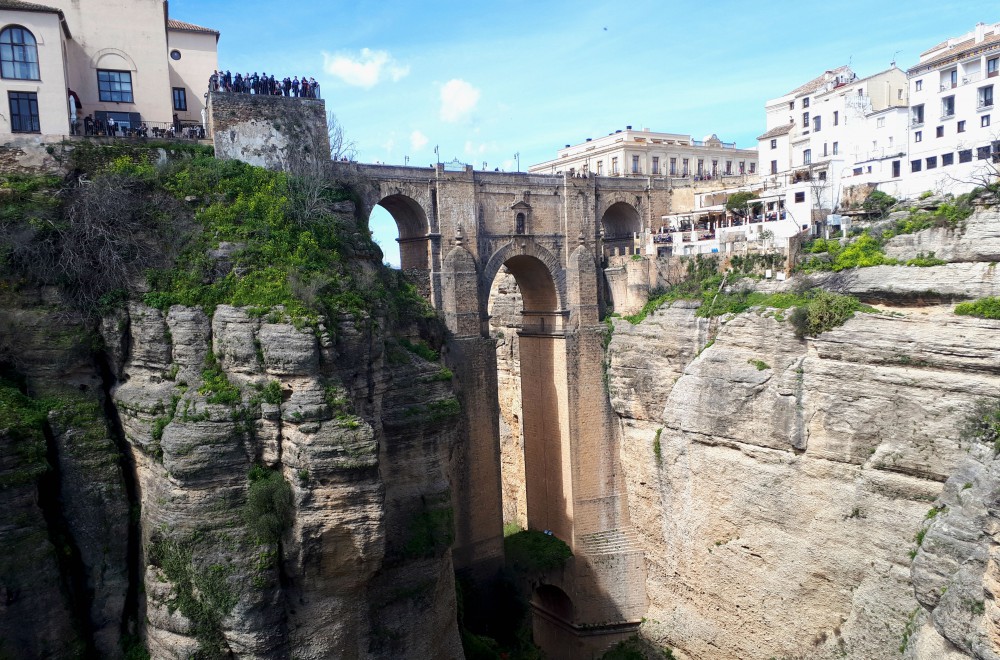 Nerja is definetly one of the most beautiful towns in the Malaga province. the city is a coast town about 50 km east of Málaga and has about 22 000 inhabitants. The length of the coast is about 14 km. The town is famous for its caves 4 km outside of town and the so-called “Balcón de Europa”. Inside the caves old Neanderthal paintings were found. One of the caves also forms a form of natural amphitheatre and is sometimes used for holding concerts.

The Balcón de Europa, probably Nerja’s most well known landmark, is a round plaza at the end of an avenue that gives an amazing view over the coast. There’s also a statue of King Alfonso XII because he is said to have given it its name in 1885. It used to be a fortress until 1882, which is my there a few cannons on display today. 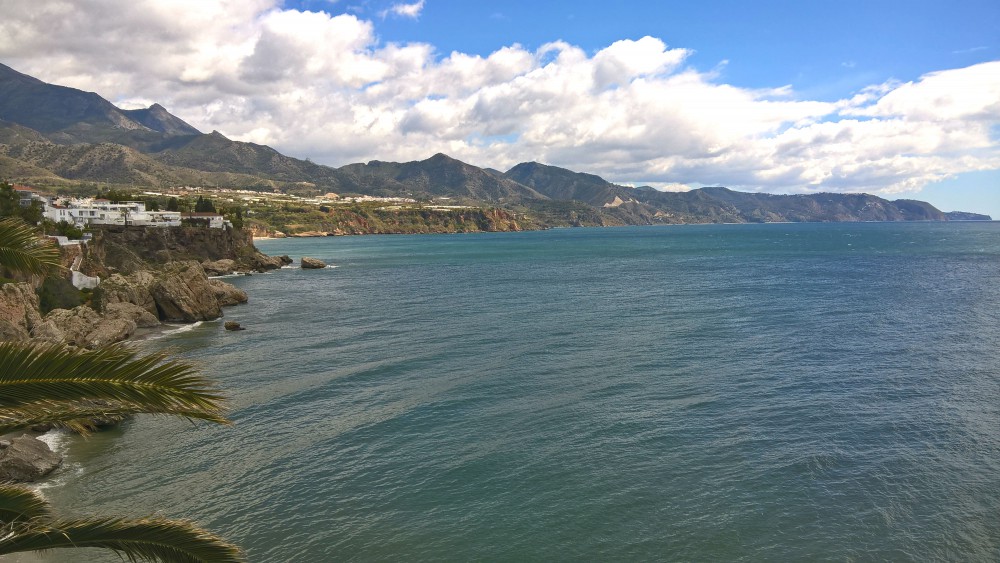 With a population of about 3000 Frigiliana is one of the smaller places on this list of most beautiful towns in the Malaga province. It is about 71 km east of Málaga and about 6 km north of Nerja. So this is definitely a place you should also consider visiting when in Nerja (there are multiple buses going from Nerja to Frigiliana daily).

Frigiliana is another one of the White Towns and apart from that is also considered the most beautiful towns in Andalusia. The upper section of the town, the Mudejár neighborhood, is the older part of town and is famous for its moorish architecture. Since Frigiliana is a hill town the view of the coast is amazing. Some say on some clear days you can even see the African Coast. The town with its narrow cobblestone streets is best explored on foot to make sure you don’t miss anything in the maze of winding streets.

In August Frigiliana hosts the Festival of the Three Cultures which celebrates Christian, Jewish and Muslim culture and traditions that have shaped this town and Spain in general. 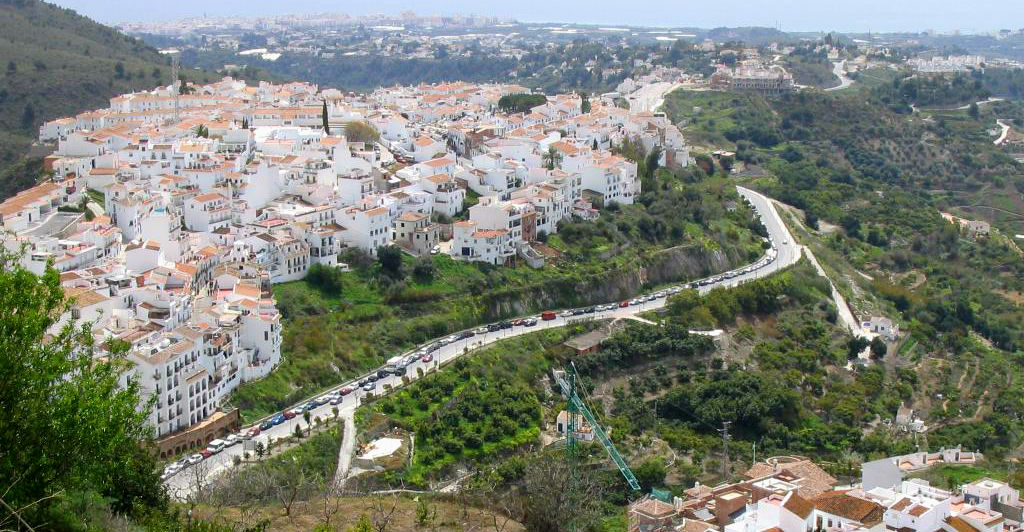 Antequera is known as “el corazón de Andalucía” (the heart of Andalusia) because of its cultural and historical meaning but also because of its central position between the big cities of Andalusia: Málaga, Granada, Sevilla and Córdoba. It’s about 50 km north of Málaga and has about 41 000 inhabitants. Antequera has a lot of different sights to offer, from old burial sites from the Bronze Age, over remnants of Roman presence, such as the Baths, to Arabish buildings.

Nearby you can find El Torcal, a nature reserve known for its unusual landforms. 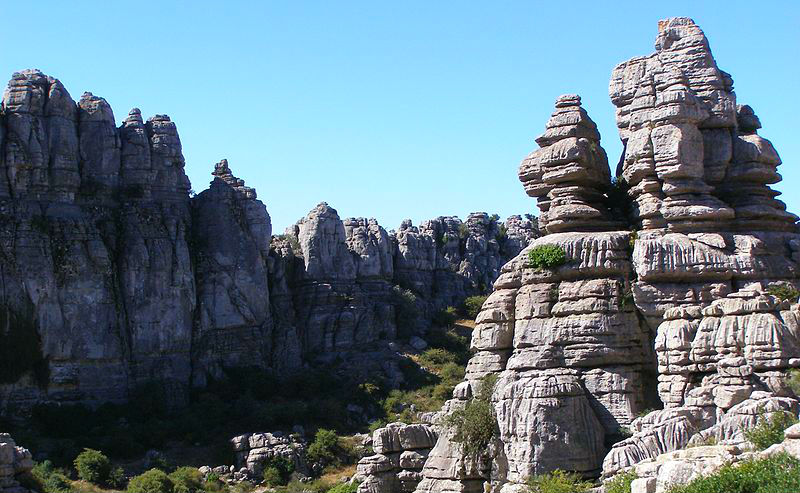 Marbella, well-known for its beautiful beaches, is the place where the rich and famous go on holidays. With a population of about 140 000 it is one of the bigger towns on this list. It is about 60 km south-west of Málaga.

There are two important parts to Marbella, the Old Town and Puerto Banus. The Old Town with its narrow cobbled streets and flower decorations everywhere is incredibly charming. There are a lot of shops that sell all kinds of accessory and handmade wares. You can also still see the old city walls. The highlight in the heart of Old Town is the Plaza de los Naranjos, which, as the name suggests, is filled with orange trees. The plaza is also filled with nice shops and restaurants.
Puerto Banus, 6 km west of the town center, was built in 1970 as a luxury shopping complex. Here you can find all the expensive shops, restaurants and expensive lifestyle. In the summertime you can spot tons of luxury yachts. 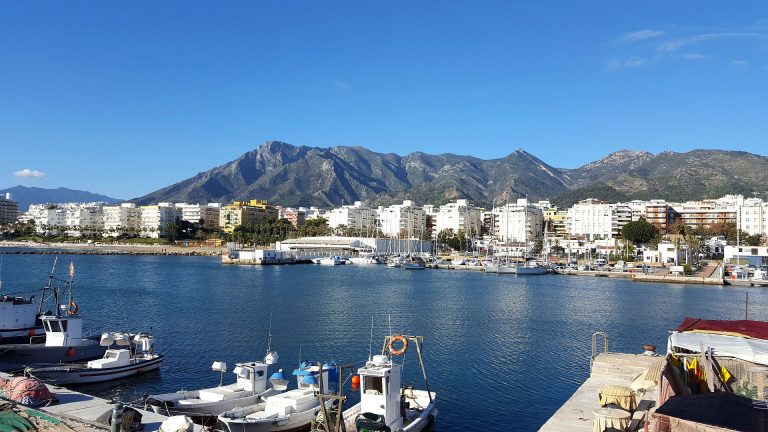 Mijas is another one of Andalusias White Towns which definetly belongs in the list of most beautiful towns in the Malaga province. It is about 30 km south-west of Málaga, so it’s a good destinations for a day trip. The hillside town offers an amazing view over the landscape below. Although being a popluar destination for tourists these days, Mijas still kept its traditional Andalusian way of life.

The hillside town of Mijas (Mijas Pueblo) is however just one part. Also part of Mijas are Mijas Costa (about 10 km away, at the coast) and Las Lagunas (a commercial area). Mijas Costa covers about 12 km of coast and while Mijas Pueblo is a very traditional place, Mijas Costa is completely modern and touristy. 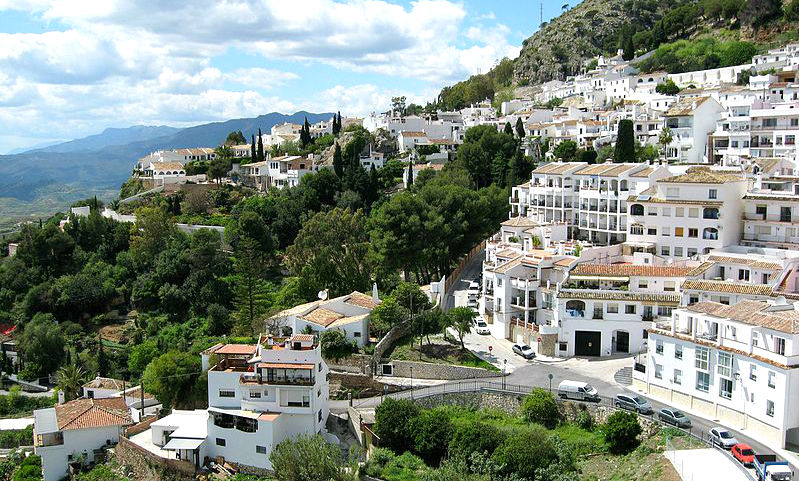 About 100 km south-west of Málaga, Casares is one of the places a little farther away; however it’s still worth a visit. Casares is another one of Andalusias White Towns, with a population of about 4000.

Casares is a nice town to just take a relaxed stroll though. There are various churches and plazas you can go see. Some of the building are still in the old moorish style. You can also see the ruins of an old medieval castle. Outside the town you can visit the Baños de la Hedionda, an old Roman spa, where it is rumored Julius Caesar was cured of an illness.

Two restaurants that are recommended are the Arroyo Hondo and the Forge Restaurant, both of which also offer vegetarian and vegan food options. 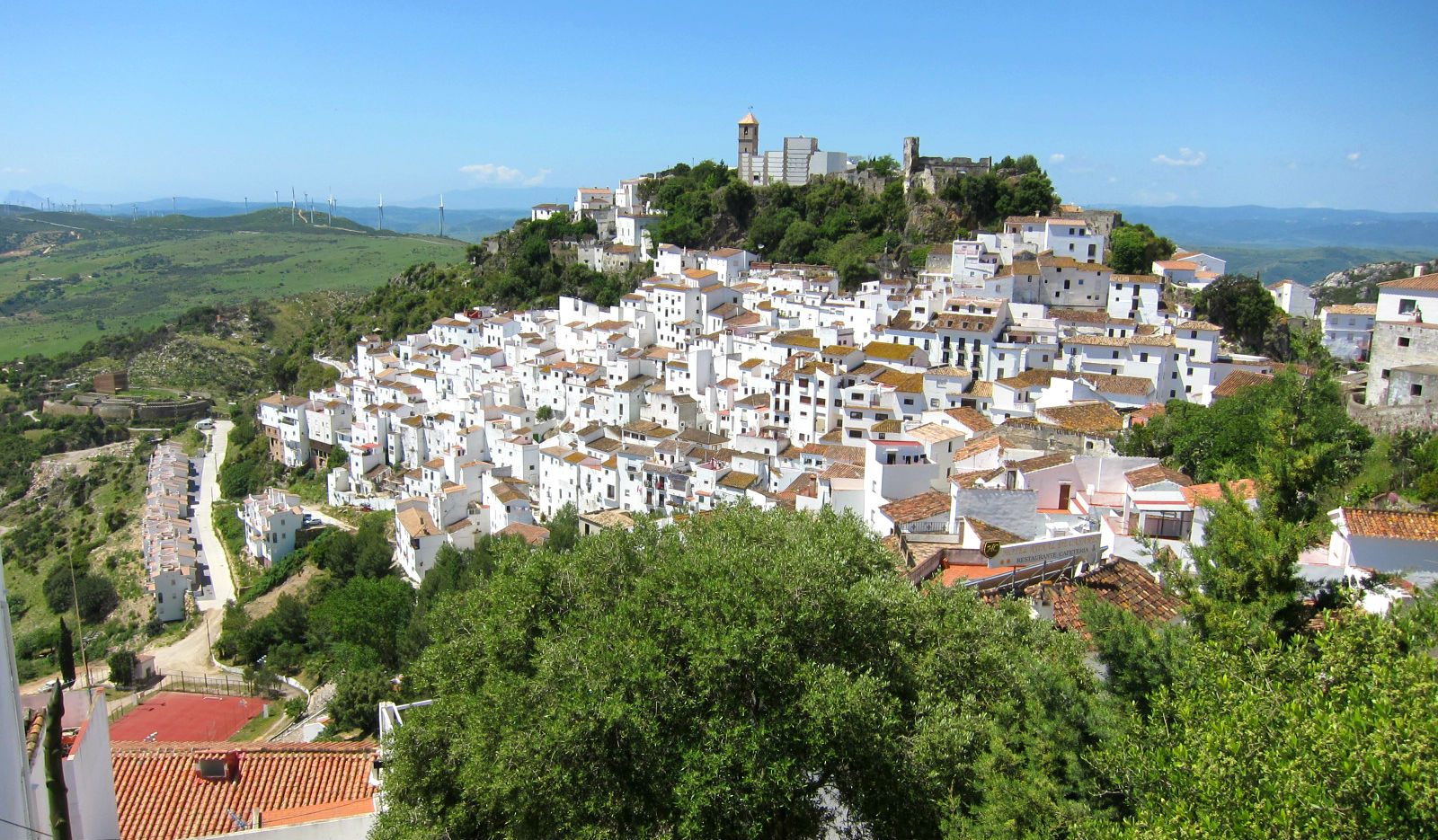 You can join us on a tour through Andalucia or a Free walking tour through Malaga! Are you ready for a new adventure?

Please confirm, if you accept our tracking cookies. You can also decline the tracking, so you can continue to visit our website without any data sent to third party services.